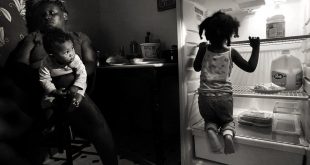 I live in the Queen City of New York State which is the biggest city outside the boroughs of New York City. Over the past decade it has consistently ranked in the top 5 of most poverty-stricken and most segregated of all cities in America. That’s trash! Thanks auto and steel industries. A small city that once housed over 600,000 people is now about a little over 260,000 people.

I’m sure that most of the reading audience understands what the lack of job, career and top-notch educational opportunities can do to a community in this country, regardless of ethnicity. I plan to address some of the systemic issues that lead to these conditions all over America in my next article but now I want to briefly address the psychological fallout that is the result for many families in poor communities.

There is a drastically higher rate of divorce, depression, disease, drug abuse and children born out-of-wedlock in economically and educationally poor communities than is found in their more well-off counterparts. As a result, this disparity leads to more degenerate, unproductive and harmful behaviors. Children are conceived and produced without any real hope in what this country considers to be a successful future, and marriage is not as sacred as it used to be.

Proverbs 29:15 says, “The rod and reproof give wisdom, but a child left to himself brings shame to his mother.” Not that mothers aren’t trying their best, but human development is vitally hinged upon nurturing environments provided by the male and female together. The lack of a father in my life personally caused me to do a lot of things that were self-opposing which is also true for hundreds of thousands of young men and women across this landscape.

I strongly believe there needs to be a change. Next time we hear the nightly news and the anchors are telling us about more sin/crime in our communities, especially the urban areas, we have a right to be upset about it but if we pay attention, the macro-brokenness in these communities is only indicative of the micro-brokenness inside of the homes that line the street.

This is a fact that I know from first-hand exposure and experience, not stats or social reports. No matter what your ethnicity is, each of us thrive in an atmosphere of love, empathy and compassion. Unfortunately, just as Sigmund Freud, the so-called father of modern psychoanalysis said, “All humans have deep within them depraved and dark possibilities of their nature which are best kept under lock and key.”

When World War 1 started, he pointed to it as proof of his ideas by showing how the governments of the world unleashed their militaries with the most destructive weapons known in man’s history, and men who had just been living with and supporting their families were now on foreign soil killing one another. Every day they awoke, their mission and focus was to kill, maim and destroy as many humans as possible for the sake of victory.

How does this apply to the topic? Well, war is a condition that creates an “every man for himself, survival of the fittest, dog-eat-dog mindset.” The battlefield takes men away from family and normalcy and thrusts them into a mindset of gloom and death. Many in impoverished communities (especially minorities) have been diagnosed with symptoms similar to Post-Traumatic Stress Disorder, much like those of war soldiers, as a result of their environment.

The infighting and separation of families, as well as the lack of economic, career and social equality opportunities in poor communities helps contribute to the murder, depression and addictions that commonly plague these areas. What are some viable solutions? Part three will explore some possibilities.

What are your thoughts? Do you believe the family structure in America is what God intended or has it been compromised by our culture?

Zaydok the Godhop MC is a Christian rap artist, community activist, Bible teacher and motivational speaker from Buffalo New York. Zaydok aims to be a voice for the gospel in the streets, the pulpit and in the recording studio, seeking to bring the influence of God’s word through rap music and support and unify with Christian artists. He is co-founder of the ICU, a quarterly Christian hip-hop event in western New York that introduces and showcases national and regional Christian rap talent to the church and community. Zaydok is also an assistant Bible teacher in his home church and is dedicated to the love of his family and community

2 thoughts on “The Disastrous Effects Broken Families Have on Communities”