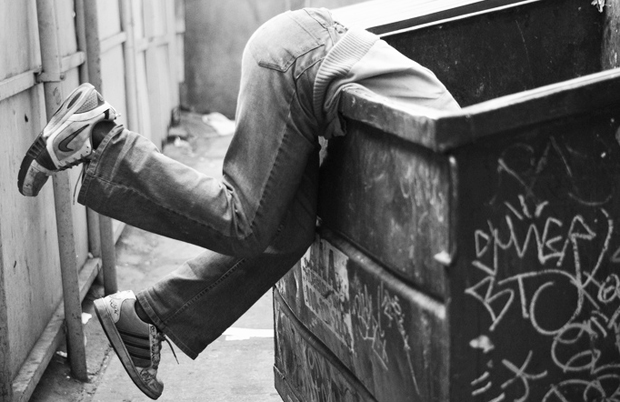 On October 2nd, 2016 the World Bank released an estimation that 767 million people live in extreme poverty, subsisting on less than $1.90 a day. Their poverty lines are for 15 of the world’s most dirt poor countries and typically calculate the amount of money that would allow a person to eat enough calories in a given day. Biased on this poverty line, it is estimated that nearly 70 percent of a persons budget of $1.90 goes to diet alone. The remaining 30 percent (.57 cents) must raise a family, pay rent, buy clothes, pay taxes and educate the next generation.

A person blessed with this allotment can afford a diet of “three plates of mealie meal, a sweet potato, a few spoonfuls of oil, a couple of tea-spoons of sugar, a handful of peanuts and twice a week, a banana or mango and a small serving of meat¹.” This is just the bare minimum and takes no account of a persons social or intellectual needs. Nevertheless, the World Bank strives to not only end poverty but to spread more evenly the enormous wealth a free-market world generates, to all people.

Sadly, this is a ridiculous notion under capitalist mode of production. First, exploitation runs much deeper than can be known by observing paid wages alone. Secondly, for capital to valorize, to make profit, wages must be no higher than required to sustain the workers capacity to work. And since a worker can do more work than the work which is requisite to recuperate his labor power, he works part of the day for free. This is how capital is valorized.

Further, since true wealth is bound to the land, a wage is not indicative of any wealth. Wages are only a reflection of a slave status to capital. Quite simply, a lager slice of the capitalist pie cannot fix injustice. When your portion is bigger, someone else’s grows smaller. These are the rules inherent in the capitalist mode of production and are the facts that it cannot recognize of itself– or else it would acknowledge its own contradictions.

Hidden in plain sight is the fact that billions lack the means of production to produce necessities of life. Billions have no rights to the earth and its raw resources. Billions are left no choice but serve capital production and be transformed into wage-slaves (when the only alternative is starvation what other choice does a person have?). Billions have to buy back from the capitalist things that are otherwise freely found in nature. In other words, you cannot measure acute injustice within the frame work of capitalism, you have to measure it from the outside by looking in with an egalitarian scope, irrespective of what a person can command in wages.

Unaware of its own nakedness, and against this indictment the capitalists diligently maintain all is fair. In October 2016 US president Barack Obama wrote, “it is important to remember that capitalism has been the greatest driver of prosperity and opportunity the world has ever known².”

This is true. But what Mr. Obama leaves out is that prosperity and opportunity will depend on which side of the spectrum you fall on. One class has to “drive”, another has to collect. If you are apart of the 1 percent that own almost as much wealth as the bottom 90 percent in America combined, you are indeed being driven to prosperity and opportunity. And if you possesses the means of production, thereby monopolizing the necessities of life, you are inclined to agree that capitalism is the “greatest” the world has ever known. You are free to seize the earth and alienate others from it…the $1.90 will conceal the robbery.

Mr. Obama continues, “a pervasive sense of injustice undermines peoples’ faith in the system. Without trust, capitalism and markets cannot continue to deliver the gains they have delivered in the past centuries.”

There has never been trust in capitalism by the ones bound and shackled to serve it, to maintain its existence. Not in any century. In 1492, when capitalism first appeared to a closed-off economy and pressed forwards, it met the Arawak Indians of the Bahama Islands. The Arawaks’ lived in an egalitarian society, and knew noting of private property or the fight to accumulate it. When the Spanish crown arrived many natives rushed to greet the new arrivals with gifts. Christopher Columbus, a mouthpiece for capitalism, reported back to Europe with wonder, “[they] are so naïve and so free with their possessions that no one who has not witnessed them would believe it…They would make fine servants. With fifty men we could subjugate them all and make them do whatever we want.”

That day in 1492 saw legions of fresh slaves bound to the god Capital. And still yet, today the rhetoric is the same. Capitalism has not changed its tune. It opens up markets and exploits. As if today capitalism is somehow more sane, President Obama goes on to remind us, “so we have a choice–retreat into old, closed-off economies or press forwards acknowledging the inequality that can come with globalization while committing ourselves to making the global economy work better for all people, not just those at the top.”

Mr. Obama agrees that capitalism only works for those at the top. And by “Better for all people” he means shared prosperity, i.g. at least $1.90 so that labor power can daily be recharged and exhausted in the never ending obedience to surplus-value. Lastly, if we truly went back to “closed-off economies” we would have nothing to lose but our chains.

The Arawak Indians would agree.

A publication of the Nazarene Messianic Party

Let us build on true independence and salvation for the people