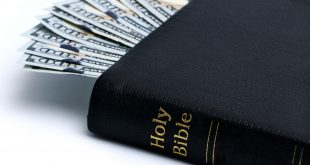 In part 1 of this series, I laid out the idea of the church being taught to be entrepreneurial and business- collective minded. Now for many in and outside the church, the entrepreneurial part is always inviting. The idea of being a “self-made” person in business is the American dream but that is not the “Kingdom of God” dream and many of us Christians struggle with that dynamic. When you read what the apostles did under the guidance of the Holy Spirit in the book of Acts chapters 2-5, it is supremely clear that to achieve the oneness in spirit, which Christ Himself prayed for them to attain in the book of John chapter 17, they had to understand how to minimize the wants of the flesh by chasing after wealth as individuals. It seems that out of this understanding of the Spirit, the communal new church was born where it is stated that, “they had all things common and none among them lacked anything.”

If we are honest, what is the point of being an entrepreneur and chasing after great wealth in the first place? It is simply to earn enough assets so that you don’t ‘lack anything.’ But what many seem to fail to realize is that when all you have is a job or business but no land, animals or waterways under your control, no matter how much money you accumulate, you are just a very rich consumer but not rich in assets that will allow you to sustain life even if the dollar you covet falls to pieces because the economy dies. Don’t believe that can happen? Go take a look at the Russian economy in the 1990s and go back even further and look at the American economy in the late 1920s during the Great Depression.

The Bible states in Proverbs 28:21, “To have respect of persons is not good: for for a piece of bread that man will transgress. [22] He that hasteth to be rich hath an evil eye, and considereth not that poverty shall come upon him.” If our mental vision is clear, we understand that most business practices in the modern capitalist global market strategy are purely based upon competition; also affectionately termed “Dog eat dog.” We are men, not dogs! Many will feign love, concern and care for those who have connections and disregard those who they feel offer them no stepping stone to be successful, and many have transgressed in order to eat and attain the wealth they desire.

In the streets, this transgression can be robbery or even murder; in the corporate world it’s still robbery and murder in the context of not loving your fellow-man as yourself, and doing anything to maintain your wealth even if that means him losing his. We also live in a society that is built on the idea of getting rich quickly. From great lotteries, pyramid schemes, check and credit card fraud, cyber hacking into accounts, women selling their bodies or stripping in clubs for money, to young men selling out to the more vulgar side of themselves to become actors and entertainers. In this country the idea of getting rich quickly is definitely the American way.

To all my fellow Christians who have desires of being business owners, we must be very careful and very circumspect on how we move about because even with the greatest intentions, the business practices of this economy can cause us to make decisions that are totally contradictory to the faith and disciple status we claim to have under Christ.